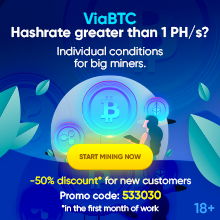 Even though BTC is not a perfect financial tool, it still keeps the leading position. Such success is the main reason and stimuli for developers to create something the same. Moreover, a new asset must keep all strong sides of "digital gold" excluding all disadvantages.

Appearing in 2018, Bitcoin SV made a lot of noise on the market, showing impressive growth. However, over time it became clear that bitcoin is still the "digital king".

In 2017, it became apparent that BTC has problems with scalability. At the $1200 level occurred slowness of transactions and increasing in cost. The BTC Cash hardfork became a continuance of this story, but in 2018, understanding appeared that BCH is far from the base conception, created by Satoshi Nakamoto. It needed to be corrected. As a result, BSV appeared.

If to speak about the main directions of BSV development, we should admit:

From many experts' points of view, this asset is quite controversial, but it has enough admirers. Developers are continuing to support the project's market position.

Except mentioned above, we can admit other characteristics:

For earning money, using such a token, you may invest, trade, and mine.

Sbicrypto. This pool occurred in 2021, and it is a subsidiary company of SBI Holdings. Offers its clients zero commissions, which helped Sbicrypto to take the leading positions. Coins: BTC, BCH, BSV.

Hashcity is a multicurrency mining pool that was established in August 2018. It was founded by a crypto enthusiasts team. The main task for this pool is the popularisation and wideness of blockchain among users by offering the possibility of open and profitable mining for everyone. Coins: BTC, ETH, ETC.

Mining-dutch is a huge multicurrency pool that supports more than 20 coins and ten mining algorithms. Besides that, users are offered the service for controlling the hardware, and there is also cryptocurrency conversion exists.

For BSV mining can be used Progashing and Zuzupool, but now there is zero hashrate on that pools. For choosing a mining pool, you should better use ranking on miningpoolstats.