Bitmain Antminer S19 XP is considered one of the most power-hungry and powerful devices for mining virtual coins. And this status has been assigned to the device for a reason. Its power consumption level reaches the 3010W mark. But how efficient is it in terms of profitability and provided power? Let's find out together with Ultramining.com.

The equipment is suitable for BTC farming as well as for some other virtual coins. That's why its algorithm is SHA-256.

On amazon.com Bitmain Antminer S19 XP sells for $6,444.46. Unfortunately, based on the data presented, on asicminervalue.com, this asic will not pay off soon. Even with the most favorable outcome.

A lot will also depend on whether the price of bitcoin continues to fall so precipitously and the difficulty of mining it increases. Also consider the cost of electricity in your area.

Back to the overview.

To prevent your device from failing, you need to follow the manufacturer's recommendations, they say about storing and transporting the ashik. Initially, the equipment comes with humidity control systems and four batteries.

You may notice that Bitmain Antminer S19 XP has really impressive figures. But what is the situation with profitability of the device, its hash rate? Let's dwell on these and other points in more detail. Spoiler: everything is not as rosy as we would like it to be.

We have already noted that mining on this device will bring you about one US dollar a day. If you believe the statistics provided on asicminervalue.com. Other sources claim that you can earn around $40 per day using this asic. Provided the cost of electricity does not exceed $6 per day, there are no technical malfunctions and the taxation system is sparing.

Let's take as a canon the figure presented on asicminervalue.com for 10/19/2022.

In order not to get upset, let's not resort to mathematics to calculate the net profit you can get per month mining BTC on Bitmain Antminer S19 XP.It remains to hope that the mining market will stabilize. And the profitability of this ashik will grow many times over.

If the device manages to accelerate to a power of 3010 W and maintain it for a long time you get the efficiency of 0.22 J/GH. These figures, in theory, will help to provide an acceptable amount of mined virtual coins.

But don't forget about power costs, which can offset your efforts spent on BTC farming. 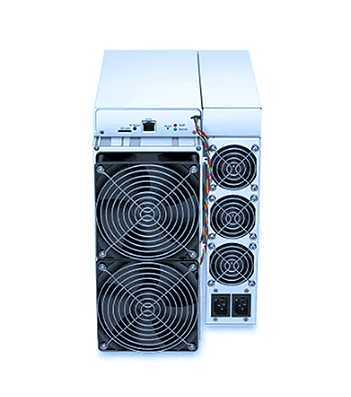 As noted above, the main virtual coin for mining is bitcoin (BTC). In addition to it, you can get:

1. though the appearance of the device is not particularly different from similar devices in the series, the equipment has become smoother. This was achieved by changing the positioning. This will allow you to place the ashik in more comfortable places for you.

2. The device allows you to mine 39 virtual coins. They can be distinguished MRR SHA-256 and Peercoin.

3. those who want to rent an asic can use cloud mining services. The best way to do this is BitFuFu.

4. the SHA-256 algorithm, which is primarily associated with bitcoin pharming. It is much safer than other hashing algorithms.

5. Blockchain algorithms solution speeds are much higher than many other mining devices on the market.

6. The SHA-256 algorithm is resistant to hacking and collisions.

7. High hash rate. This will be especially useful for you, considering the constant growth of BTC mining complexity.

Disadvantages of the device

Based on asicminervalue.com data obtained on 10/19/22, the Bitmain Antminer S19 XP shows a very low daily yield. Which may prove to be a loss for many people who are farming virtual coins.

I want to believe that over time, the profitability of asics will increase.

Bitmain Antminer S19 XP is considered a powerful equipment for mining virtual coins. Let you not be intimidated by its low yield. This value is volatile. But the high hash rate and other advantages will allow you to profit from using the device in the long run. 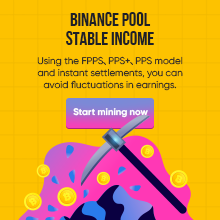