In addition to the difficulties with the fall of the crypto market and the rising cost of electricity, miners have to deal with the negative attitude of residents.

For example, the small town of Usk was considered a mining hub by investors from California. Unfortunately, it faced resistance from the local population.

Allrice Capital bought the property of one of the bankrupt companies and decided to invest in the most significant mining facility here despite the BTC price drop. In partnership with Bitmain, a major manufacturer, 150,000 pieces of equipment were to be installed here. The Allrice CEO noted:

This venture will allow for the faster creation of digital mining platforms across the U.S.

For their part, Usk residents are extremely unhappy with the noise from the equipment and are trying to figure out what changes the venture will bring to their way of life. Authorities are taking a closer look at the project, as one of the main criteria in their case is how much energy will be required and whether it will be extracted from renewable sources.

Also questionable is the prospect of the miners' environmental impact. It has been a negative experience in central Washington, D.C., where many businesses turned into mining sites after bitcoin emerged, stealing power, damaging the environment and infrastructure, and then leaving or going bankrupt under the influence of the market situation.

Local utility representatives have to regulate mining themselves by changing the rates. Additionally, there is the question of whether cryptocurrency for the community is such that residents agree to host data centers.

After China banned mining, the U.S. has had to raise the prospect of the industry quite acutely, as many businesses have relocated. According to a White House report, mining accounts for 1% of the country's electricity and 30,000 tons of electronic waste, much of which remains unprocessed. Because of this, it is important to address the issue of design, development, and technology that is not harmful to the environment. However, there may be consequences that are not obvious now but will manifest themselves in the future.

As for Allrice Capital's outlook, its subsidiary Merkle Standard has an allowance to use up to 100 mW of energy, even more than the Box Canyon Dam. Merkle would have to increase its consumption by a factor of six to become the largest company. However, this entails a big investment in building infrastructure. Moreover, even an increase to 145 mW seems very difficult. According to one of Merkle Standard's top managers:

The worst thing, in this case, is not the sum of money but the time. Any expansion project will take at least three years.

Also for his part, the miner says he wants to get back into the operation of the paper mill, the area which he now occupies. In this case, the total number of jobs, which are ready to provide for both enterprises will reach 190.

The mining hub is preparing for open cooperation with utility companies. Moreover, representatives of the enterprise insist that mining is capable of being not only "carbon-neutral" but also, by reusing heat from servers, "carbon-negative."

This need for electricity represents a missed opportunity. These resources could be used to develop urban infrastructure in the form of electric car chargers. Blockchain today is nothing more than an additional burden on clean electricity. Nevertheless, the state is not impeding the development of the project, however, it is being closely monitored.

The question that remains for authorities and residents is how long the mining venture will last under current market conditions. Merkle Standard representatives note:

We have no plans to leave Usk as long as the presence here makes business sense. 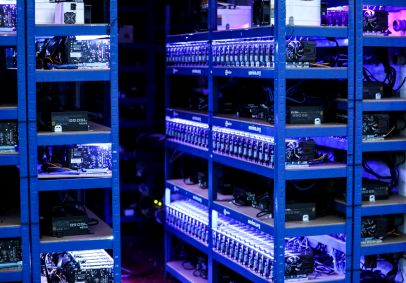 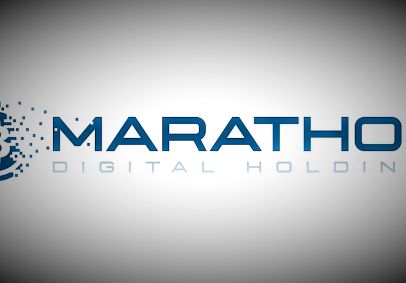 Major miner Marathon Digital may buy its partner Compute North, which is facing bankruptcy
Hero Mining received a warning about a lack of registration
Blockstream could lose its unicorn status if it doesn't find a funding source
Are Texas miners bankrupt? More and more companies are facing financial difficulties
Kazakhstan's parliament approved new rules for cryptocurrency mining
The document to limit the tariffs for miners did not find support in Paraguay
Hive Blockchain found ways to cope with losses from ETH algorithm change
See all news
More in "Mining"

360 Mining raises financing for natural gas production and capacity expansion
Major miner Marathon Digital may buy its partner Compute North, which is facing bankruptcy
Hero Mining received a warning about a lack of registration
Blockstream could lose its unicorn status if it doesn't find a funding source
Are Texas miners bankrupt? More and more companies are facing financial difficulties
Kazakhstan's parliament approved new rules for cryptocurrency mining
The document to limit the tariffs for miners did not find support in Paraguay
See all news