PoW vs PoS: which algorithm is cooler

The question about what algorithm to mine with and what it is all about became the most topical after the news about ETH's transition to Proof-of-Stake. Then even the laziest of people googled the differences between PoW and PoS.

In a nutshell, they are two quite different virtual coin mining algorithms. They have their own features, positive and negative sides. But let's not say the obvious things, but let's go over the prufs. Take 5-7 minutes of your precious time to read a review on this, I'm sure, interesting topic.

To begin to understand the algorithms you need to remember that mining is a computer calculation of a high degree of complexity. Their purpose is to create a block and add it to the blockchain.
Consensus mechanisms (what we call algorithms) make it possible to mine virtual coins efficiently and safely. 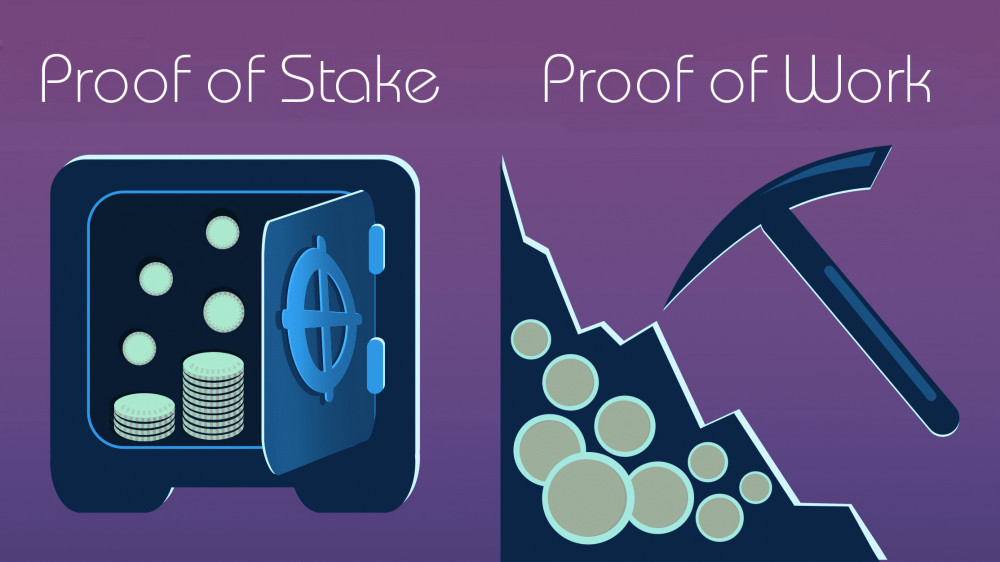 A few words about the PoS algorithm

Initially it was talked about more than 10 years ago. In 2011 at Bitcointalk forum. Then crypto appeared, designed for this particular consensus mechanism. Namely:

The main idea of this algorithm is to make mining available to more people. This is done by reducing power consumption. You will not need huge computing power. The amount of crypto in your wallet will be taken into account.

But it also implies its own limitations. Which we will talk about in the next section.

The main idea of this algorithm is to make mining available to more people. This is done by reducing electricity consumption. You will not need huge computing power. The amount of crypto in your wallet will be taken into account.

But it also implies its own limitations. Which we will talk about in the next section.

Disadvantages of the algorithm

Advantages of the algorithm

A completely opposite algorithm compared to Proof-of-Stake. It is based on the processing power of expensive and power-hungry asics. This is how you find blocks and put them in the blockchain. For that you get a reward.

Solving these challenges is an incredibly time-consuming process. It requires not only expensive equipment, but also a lot of electricity.

But what is the point of this mathematical problem?

Imagine you are invited into a spacious room where thousands of red apples are scattered. But you are asked to find the green one. You start looking for what's needed. At the same time, other people do the same, regardless of you. This action is more like a competitive process.

Suddenly, you can find the green apple. And you say, «Guys, there it is». The search stops. You give the fruit you want to the customer. You get a reward for your find. Then everyone is invited to enter the next room and repeat the process of finding the green apple. 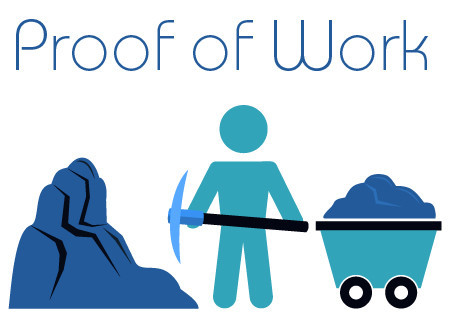 This metaphor perfectly shows the process of virtual coin mining on PoW. Only instead of a green apple, for example, a block of BTC. Except that in contrast to this example with fruit, in real life the one who gets the coveted bitcoin will spend a lot of resources. We are talking about investing in expensive equipment, renting/building facilities to house these devices, and paying for electricity.

Disadvantages of this algorithm

And here the list will be much more impressive.

Why ETH «ran away» from PoW to PoS

ETH mining used to involve a lot of electrical energy. As we said above, the PoW algorithm requires a lot of resources for its efficiency. And the need for expensive devices made ether farming inaccessible for most people.

The main goal of Ethereum's move to PoS is to try to bring ETH closer to solving the blockchain trilemma.

What is the blockchain trilemma

It is a theory that defines the main problem of the distribution network. It is about the three main characteristics of blockchain:

So, based on this theorem, it can only have two of the three. The transition of ETH to another algorithm should have solved this problem. But something clearly went wrong.

The consequences of switching ether to a different algorithm are

Which algorithm is the future of blockchain?

This is quite a debatable question. There are many arguments for PoS or PoW, as supporters of different algorithms can argue for PoS or PoW.

We will try to guess the likely outcome based on facts and global trends.

PoW will probably exist until the last minted BTC coin is mined. According to bitcoin developers, that won't happen before 118 years from now.

For now, there is an objective need for both the first and second consensus mechanisms. With their positive and negative sides, these algorithms will continue to coexist for decades to come.

It is impossible to state unequivocally that the first algorithm is better or more effective than the second. In 2022, both PoW and PoS are proving their effectiveness and have millions of supporters around the world (as well as opponents, by the way).

Share to:
Related news
In Russia, miners started to buy up equipment actively

According to Kommersant, the fourth quarter saw an increased demand for cryptocurrency mining devices. For example, the sales volume indicator for the two months of the fourth ...

Read all
Bitfarms' quarterly report shows a decrease in losses

According to the work results in Q3, the net loss of Bitfarms reached $85 million. In the background of the previous reporting period, where the figure was equal to $142 million...

We are talking, of course, about Genesis Digital Assets. It is rightfully considered one of the largest bitcoin pharma organizations in the world. Representatives of the company...

After court approval, Compute North has decided to sell the capacity. The transaction is tentatively valued at $1.5 million. Crusoe Energy paid $187,000 as a security deposit l...

Read all
Will the adoption of the law on mining lead to the creation of gray exchange schemes?

At the moment, there is an active discussion of the new bill, which concerns the legalization of cryptocurrency mining. The pace is fast enough, as the law may come into force a...

Read all
The energy consumption by russian miners increased 20 times

There is information that the mining sphere reached the level of agricultural industry. Comparison of the consumption in 2017 shows 20 times increase. This is evidenced by a rep...

Read all
Poolin и Bitmain are continuing work despite all difficulties

One of the largest mining pools, Poolin, talked about finishing work at the second stage of data-center building in Texas. 200 MWt of “clean energy”, out of 600 MWt planned, are...

It became known for the huge amount of unused mining equipment. Such a figure is even more striking against the image of the industry against the background of the falling value...