Myths and Truths about Immersion Cooling for Mining

Mining is a complex process in which a block is placed on a network (blockchain). For this, people who mine virtual coins are rewarded. The most coveted is, of course, BTC.

Such complex computing tasks require special devices - asics. They need care, they need to maintain a certain temperature regime. How to do this? Immersion cooling is one of the best tools for maintaining the right temperatures in mining farms.

This method of cooling takes place using a substance called "dry water." But what about the cooling process in general? This action is a very important element of the operation of any equipment that mines virtual coins. After all, if insufficient cooling is provided, the devices will very quickly fall into disrepair.

Of course, if you take low-power equipment - up to 15 kW, then in order for the equipment to work normally, it will be enough to open windows or put a home fan nearby. In some cases, such low-power asics are used as a heater.

By the way, read a review about Heatbit's home heater, which can mine BTC.

If we are talking about industrial mining farms with devices with capacity of 50, 100, 500 kW or even several MW, then the "open window" will definitely not help.

A few words about «dry water»

Immersion cooling (if we are talking about asics) is the action when the heat is removed from the virtual coin mining device by immersing it in a special liquid. But this is not the usual water from your kettle. It is a technical liquid, which has its own chemical composition/formulation. By the way, in most cases it is patented.

What are the main features of such «miracle water»:

This liquid does not pose a threat both to the equipment and to the person who works with it.

The use of such «water» began several years ago. That is, it is not an innovation in the mining sphere. Initially, this liquid allowed not to overheat the racks of data centers. It was also used in other vital data center systems.

Cooling equipment is expensive. But large mining companies understand that ignoring this investment is fraught with async failures. Which will lead to even higher costs.

According to some reports, about 35 to 40 percent of the total amount that was invested in the data center is spent on cooling devices.

But it is worth it. Because the liquid cooling process demonstrates excellent energy efficiency.

And this way of keeping the asics at a comfortable temperature is suitable for almost all devices with which crypto mining takes place.

There are many misconceptions about the essence of this process. Let's try to look at some of them.

This is not true. The process is quite simple to understand and use. The liquid has inertness, and other useful properties that we wrote about above. That is, what you need: just put your asics in a container with "miracle water" and that's it! No manipulation is needed. You don't have to worry about your equipment.

Even if a force majeure occurs, the devices can easily be removed from the container.

Myth 2: The use of immersion liquid cooling is not reasonable from an economic point of view

Mining equipment increases its performance by 10-15 percent if it is in a tank with this liquid. These figures are not the limit.

The extent to which your ashik will work better depends largely on it. Each model of device has its own peculiarities. However, with immersion liquid cooling you can unlock the full potential of your equipment.

However, it is not the cheapest pleasure. We will bring this idea out separately when we talk about the disadvantages of this method of cooling.

On the contrary! Due to comfortable, for virtual coin mining, temperatures, the equipment wears out slower.

Myth 4: there is too much noise from farms with immersion liquid cooling

Also no, because the asics in tanks with this liquid run very quietly. Firstly, the factory fans of the devices are not involved. Secondly, there is no system of external additional air cooling.

Myth 5: You will need more space for such a farm

In addition to the obvious advantages, this method of cooling has its own disadvantages.

In order for your mining farm to bring more profit, you need to make a serious resurvey to find out the objective level of profitability of the enterprise. We have already noted that immersion cooling system has been in demand for several years. Despite this, not much technical information can be found about it for calculations.

There are not many specialists who can regulate the process

The problem in competent personnel is urgent. And this does not only apply to the field of immersion cooling system.

Difficulty in obtaining the necessary fluid

Unfortunately, there are not many companies that produce the right fluid. And, apparently, they have no plans to expand their production capacity.

The cost is one of the nuances that discourages potential buyers. But their investment can pay off with the right approach.

But all these disadvantages can be offset by a competent approach to the construction of a mining farm, the competence of workers and site owners, the high performance of devices that are cooled by immersion liquid.

It is the most energy efficient. It is seen as the future for mining farms. All because of its innovative approach, high profitability and performance. 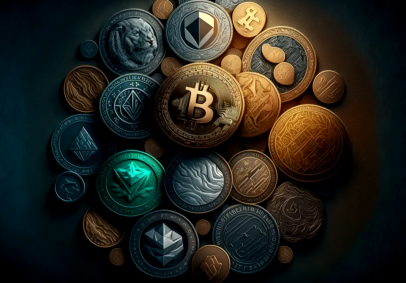 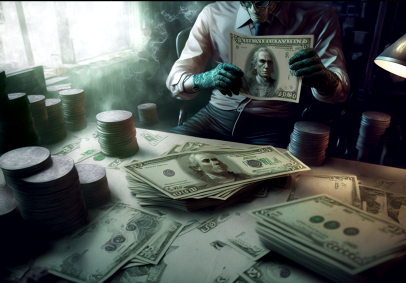 How do I make money from mining?
Binance Pool Review
How Does Bitcoin Mining Work
Connecting your own mining equipment in 2023: how to avoid mistakes
The Rise of Canaan: Top 3 Surprising Facts About the Company
Bitmain «ANTSPACE HK» cooling container review: how much it costs and what it can do
How to mine Bitcoin Cash in 2023: current guide
See all news
More in «Review»

What is cryptocurrency?
How do I make money from mining?
Binance Pool Review
How Does Bitcoin Mining Work
Connecting your own mining equipment in 2023: how to avoid mistakes
The Rise of Canaan: Top 3 Surprising Facts About the Company
Bitmain «ANTSPACE HK» cooling container review: how much it costs and what it can do
See all news