Consensus: How are decisions made in blockchain?

Mining is not an easy process that requires certain knowledge and understanding of cryptocurrency mining and operations. This industry is full of complex and, at first glance, incomprehensible terms.

Consensus or blockchain, «stacking» or sharding – understanding the principle of these phenomena and processes is very easy. Especially if you read the blog of Ultrаmining.com.

A «few» words about blockchain

So what is blockchain, without the «language-breaking» definitions? The term refers to a system, an advanced database. It is used to organize the accessible exchange of information on the network. The data must be consistent. And they can only be modified using consensus mechanisms (e.g. PoS or PoW). These are set on the network side.

Does anything make sense? 😅 Blockchain technology can also be explained using a household example. Internet users gave a great analogy. Blockchain is like a diary in which you can make collaborative entries. And, thanks to robust security algorithms, you cannot change old notes in it. You can add new entries and keep your old ones safe and in order. And even get a reward for it (if we're talking about virtual coins).

Thanks to this «diary» you can do all sorts of cool stuff, for example, create a system of bitcoin mining. Which, in fact, Satoshi Nakamoto supposedly did, using blockchain technology to farm BTC.

There is a perception that blockchain is only used for mining. But that is not true. The technology is relevant in other areas as well.

In general, blockchain is a common and useful «thing». But even in such a seemingly perfect system, it is important to maintain order. To make sure that the entries in the «diary» are well-written, that the words in them are correct, and so on. This is what consensus mechanisms are for. Read more about them below.

What is the consensus mechanism: an explanation for «dummies» and not only

The consensus mechanism is the process by which network participants come to a common agreement about the state of the data in the blockchain. Continuing with the «diary» metaphor, not only does one need to make a competent entry into it, but one also needs to verify it. Also to assess the state and security of the network.

For a blockchain («diary») to function properly, it must have correct «entries» (blocks).

We have already mentioned that PoW (Proof-of-Work) and PoS (Proof-of-Stake) are considered the most common and secure.

On Ultramining.com much has been said about these mechanisms. In short, they have very different principles of operation, require certain conditions for their full functioning, and are used to work with certain virtual coins.

Proof-of-Work (PoW) is suitable for public blockchains. BTC, EthereumPoW and other virtual coins are mined using this algorithm. PoW is one of the first consensus mechanisms created. It is by right the safest and one of the most comfortable among its «colleagues». Although the question of scalability remains open.

Scalability refers to the sequence of building blocks on the PoW. Each of them has a certain volume intended for a limited amount of information. If there are transactions that have not yet been processed and cannot be placed in the current block, you have to wait until those transactions are moved to the next block. This is considered one of the problems of this algorithm. But the same PoS is not able to fix it yet. Although it allows you to use sharding (a lot of new words and topics, which can be surely disclosed in the next materials, so stay tuned to Ultramining.com).

Proof-of-Work was first mentioned back in 1990. There is an opinion that it was Satoshi Nakamoto who tried to use this consensus in virtual currencies. That is how the bitcoin appeared.

The PoW principle implies a competition: «Who will be the first to solve a «problem» and write a record about it in the «diary». Scientifically speaking, through complex calculations, a block is obtained, which subsequently enters the blockchain. The miner is rewarded for this.

In order to be able to effectively mine crypto using this consensus mechanism, you must have powerful equipment. The so-called asics. Also, this method is considered the most energy-consuming and, according to eco-activists, is detrimental to the environment.

There are also questions about the decentralization of the network. The fact is that bitcoin mining was originally conceived as a process available to all. But due to increased complexity of mining, BTC mining was concentrated in the hands of industrial giants, who spend a lot of resources to mine this virtual coin. For «ordinary mortals» this process has become almost impossible.

But another algorithm comes to the rescue, which allows almost everyone to earn on crypto. Only with PoS you won't be able to get the cherished bit. This mechanism has its own advantages and... conditions.

Efficient use of PoS does not require you to have a large number of asics, huge electricity consumption and other things. You get your profits through «stacking». This process involves securing the network by keeping a certain amount of virtual coins taken from your wallet. You are paid a reward for this.

But, again, you will need a certain amount of virtual coins in your virtual wallet to earn effectively through this consensus mechanism. Often a lot of them are required. PoS has also been accused of centralization. Because the system often favors organizations with a large number of tokens.

Technically, you do not create new blocks by working on this algorithm (unlike PoW). But PoS actions are called mining in many sources. And have their own legal restrictions. Probably not as strict as PoW.

An improved version of the consensus mechanism mentioned above. DPoS takes the voting system as its basis. It will be dominated by the reputation of network participants. They will also choose «witnesses» who will secure the blockchain.

The idea of DPoS has not been met with enthusiastic cheers, but this consensus mechanism is considered more democratic than «share proof». And DPoS could very well compete for the title of the most decentralized algorithm.

Blockchain is a complex technology in which many analysts see the future of financial systems. And consensus mechanisms are an important part of that technology. It would not be surprising if new algorithms to regulate order on the network were to appear more frequently. This will give users more opportunities to interact with the blockchain. And, we are sure, it will take the network to a higher level. 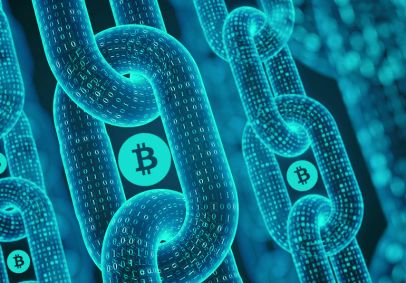 How to mine Bitcoin Cash in 2023: current guide 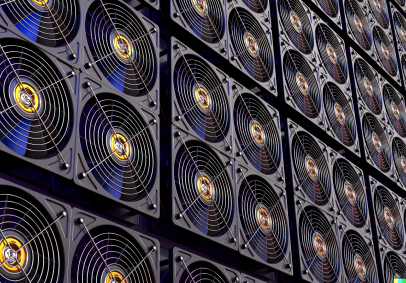 What is KH/s and GH/s in mining
Myths and Truths about Immersion Cooling for Mining
How might the cryptosphere be affected by the release of vast areas of ready-to-use electricity
Sell or Buy? What to do with mining equipment after the fall of the cryptocurrency market
How the mining industry will adapt to natural gas consumption in 2022
Mini review of Antminer S19 XP Hydro
Data Center or Home Outlet? Understanding aspects of the law
See all news
More in "Review"

How to mine Bitcoin Cash in 2023: current guide
What is KH/s and GH/s in mining
Myths and Truths about Immersion Cooling for Mining
How might the cryptosphere be affected by the release of vast areas of ready-to-use electricity
Sell or Buy? What to do with mining equipment after the fall of the cryptocurrency market
How the mining industry will adapt to natural gas consumption in 2022
Mini review of Antminer S19 XP Hydro
See all news