Mining virtual coins requires a lot of electricity. Especially when it comes to BTC. Against the background of the catastrophic fall of bitcoin, the issue of profitable energy sources is the most urgent for fans of crypto farming.

Unfortunately, wind, solar power stations do not always provide the right amount of kilowatts. In the field of mining there is an alternative – the use of natural or associated petroleum gas (APG). Let's look at how this works and whether this trend will take hold in the virtual coin industry.

Miners and gas: who invented it

Three years ago, students in Texas decided to get the electric power needed to mine bitcoin using oil wells that were located in the region. How were they going to do it? By borrowing a certain amount of excess gas, of course.

That's how the company Giga Energy Solutions came into being. Its founders, Brent Whitehead and Matt Lohstroh, used the East Texas oil fields. The first knew about the technology, the second understood what mining was and what it took to get the coveted virtual coins. After a short time the guys became dollar millionaires.

Giga Energy Solutions still exists. The company offers various services. If the organization's official website is to be believed, its main focus is the construction and operation of BTC flare gas mining projects.

Brent Whitehead and Matt Lostro are not the first to start mining the electricity needed to farm virtual coins this way. The Giga Energy Solutions example is one of dozens like it, but in our opinion, the most successful. It is not clear who came up with the idea first: to use natural gas to make BTCs. But what is more important is who was able to implement this idea.

So what is the basic principle of such a venture? Let's look at the technical side of the question.

How electricity is produced with gas from oil fields

When an oil well is drilled, workers may stumble upon a layer of natural gas. Any luck? Not at all... In order to realize this valuable resource, a special pipe is needed which would allow the gas to be sent to, for example, residential homes.

Often in such situations, the infrastructure does not allow to do so. And what happens in such a case? The gas is simply burned. And along with it ... millions of dollars, which could have been received for it. Such irrational use of natural resources has long been «greedy» for the owners of oil companies. And the emission of methane into the atmosphere that took place during such an action was more detrimental to the environment than CO2. But nothing could be done... until the advent of people with asics.

They figured out that if you send the unsold natural gas to a special installation (turbine, piston, etc.), you can fully utilize methane. At the same time you will get free electric power. Its amount is enough for a comfortable mining bitcoin. Usually all the costs of acquiring and installing the necessary equipment near the oil wells pays off.

We recently wrote about how corporations that pump oil from the bowels of the earth are entering the crypto pharma market.

Thus, Roman Kaufman, co-founder of Weezi, agreed with the opinion of Charles Edwards, founder of Capriole Investments, that the future of mining is for people who are associated with the mining industry. Meaning: oil and gas.

It solves the perennial problem of virtual coin mining – finding profitable sources of electricity. And this way of mining bitcoins is almost the most environmentally friendly.

In addition to natural gas, there is also associated petroleum gas (APG), which occurs during the processing of «black gold». This valuable hydrocarbon component is used to produce bitcoin and its «colleagues».

Farm crypto on natural gas in 2023

At the moment, most of the major companies that produce virtual coins using natural gas are based in North American states: Wyoming (Kirkwood Oil and Gas LLC), North Dakota (Equinor ASA and Enerplus Corp), the city of Denver (Crusoe Energy Systems Inc.) and the list is constantly being updated. There is every reason to believe that this trend will continue next year as well.

This practice is also found in the CIS. About two years ago a pilot project financed and developed by Gazprom Neft appeared in Russia. A large crypto mining facility was built in the Khanty-Mansi Autonomous Okrug. It was placed near the A. Zhagrin oil field.

Money to the wind: will the Russian Federation actively use gas to pharma virtual coins next year

It would seem that the Russian Federation has a huge number of oil and gas fields. The country ranks second (after the United States) in the production of «black gold». According to the Statistical Review of World Energy 2022, British Petroleum, Russia produced 536.4 million tons of this fossil fuel. 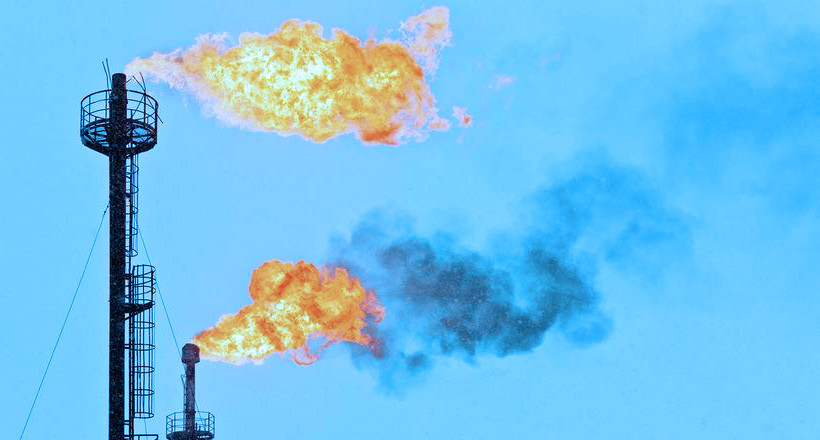 Such capabilities allow oil companies not only to mine virtual coins for next to nothing, but also to heat their living quarters using immersion cooling of mining equipment.

However, the lack of legal regulation of crypto pharma in Russia is very much stopping this initiative. The moment when it is kind of possible to mine, but kind of impossible. We have already touched upon the topic of legislative aspects of virtual coin mining in Russia.

The prospects of using FGDs for mining in Russia are quite vague. So far, a lot of money that could be obtained from associated petroleum gas simply flies into the pipe. And this is not even a metaphor. Let's follow the changes in the legislation of this country, which will affect mining.

Virtual coin mining with natural gas and PFGs is a profitable process that, for various objective-subjective reasons, is not as widespread as it could be. Nevertheless, more and more companies are finding profit in it and are moving in this direction.

We are sure that in the next year there will be more news about mining companies and oil and gas corporations starting to mine bitcoin and other crypto using natural gas and FGDs.

Duke Energy – one of the largest energy companies in the USA – is planning to consider the implementation of mining as part of a demand response strategy. Except for this step D...

Read all
The State Duma is again considering a bill on mining. What's new?

It is not the first time that regulators are trying to find a compromise and solve the issue of controlling the sphere of mining and cryptocurrencies in general. Now the autho...

Wu Blockchain insider in his Twitter account reported that the bitcoin mining time reached 85 minutes. During this time, it was possible to get only one block. And such a mishap...

Read all
Have Texas miners destabilized the power grid?

Democratic lawmakers, led by Massachusetts Senator Elizabeth Warren, criticized the Texas miners. First, a request was sent to the Electric Reliability Board to find out the am...

Read all
If you are a specialist in mining

Despite all the problems, the blockchain industry continues to increase. It means that it can offer new vacancies and specialities. Probably, it’s the only field now where you c...

According to CoinDesk information, one of the reasons for the crypto market declining was miners. They began to sell their crypto reserves. By the way, a lot of operations were ...

Read all
Pooling admitted a lack of liquidity

A big mining pool, Poolin, hasn’t denied occurred in media information about troubles with liquidity. Moreover, in the different sources was found out information that users hav...

Despite the high volatility the Ethereum rates look stable. Expectations of the new algorithm allowed the price to increase by 1%. There are 920 000 ETH in the users wallets eq...