Experts assessed the risks of the collapse of the mining industry

Against the backdrop of negative news, the question arises about the future of the cryptocurrency industry. In anticipation of the adoption in Russia of the law designed to regulate mining, industry experts shared their opinion on the near future.

According to Kirill Ostrovsky, who previously headed FinTech departments at VK.ru, Alfa-Bank, and SBER, in the current situation, it is important to have a reserve with which to survive a period of work in deficit. It will lead to the fact that large companies consolidate main facilities:

Only experienced players who have already experienced at least one crypto-winter, managed to earn on the past "rally" and work with already purchased equipment can remain in the market.

Venera Shaydullina, the founder of the Initiator platform, draws attention to the cost of energy resources:

High energy prices are expected through 2024. A stable energy supply is an important aspect of this business. Miners from Europe will be hit hardest by the energy crisis.

Alexey Ermilov, the development director of MINEPLEX, emphasizes the growth of the complexity of mining:

Despite negative market trends, new capacity has been growing regularly. It led to a 65% increase in complexity. Even though the breakeven point is located at $ 20 thousand for 1 BTC, many continue to work at a loss and buy cheaper equipment.

If we talk about the number of bankrupt companies, at the beginning of the industry there were a lot more of them.

According to Dmitry Gachko, founder of ITGLOBAL.COM, large companies will continue BTC mining, because what's going on in the market now is just a decrease in margins for them. Companies get a currency that has no restrictions in terms of geography and sanctions, so it's too early to talk about stopping the process.

That many investors see new opportunities in the current situation is also noted by Yulia Popova, CEO of MultiFamily Office:

Even though the bear market is challenging, some companies are seeing a prospect or raising funds to help miners. For example, Binance.

Even with Ethereum's move to PoS contributing to bitcoin's hashrate, BTC mining will win out in the end. So Denis Kurilchik, co-founder of CLS Analysis, believes that the right strategy is to consolidate assets and accumulate bitcoins in anticipation of value growth. For the market as a whole, in the long run, the big companies will buy those that are weaker. 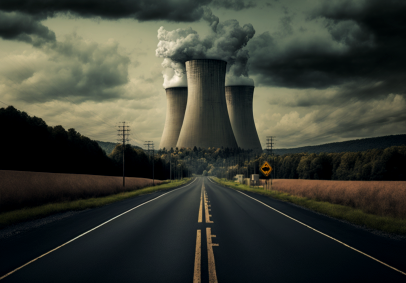 Pennsylvania will mine bitcoin with nuclear power
Repainted video cards used for mining are sold as new ones
A miner uses an energy company
Blockstream plans to expand its presence in cryptocurrency mining
Galaxy Digital: challenging times for miners will continue in 2023
Mining in residential buildings in Russia may be banned
There are list BlackRock and Apollo Global in the list of Core Scientific creditors
See all news
More in «Mining»

Argo Blockchain mining company has received a class action lawsuit
Pennsylvania will mine bitcoin with nuclear power
Repainted video cards used for mining are sold as new ones
A miner uses an energy company
Blockstream plans to expand its presence in cryptocurrency mining
Galaxy Digital: challenging times for miners will continue in 2023
Mining in residential buildings in Russia may be banned
See all news